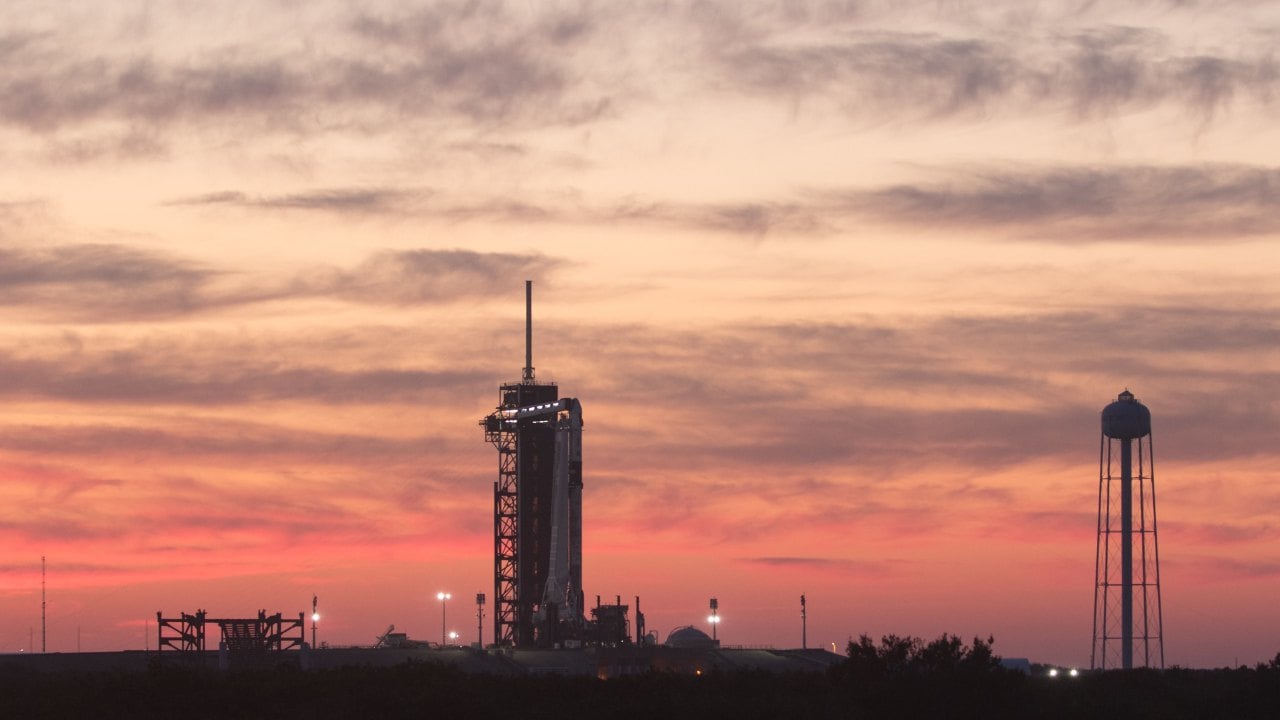 SpaceX is set to launch its third crew to the International Space Station early Friday, reusing a rocket and crew capsule in a human mission for the first time. The Crew-2 mission blasts off from pad 39A at the Kennedy Space Center in Florida at 5:49 am Eastern Time (0949 GMT), after being delayed a day by adverse weather along the flight path. “It seems the weather is cooperating, so looks like we will try to launch tomorrow!!!” tweeted French astronaut Thomas Pesquet, who will become the first European to fly on a SpaceX Crew Dragon.

“Our friends on the @Space_Station are expecting us to show up and we don’t want to be late. They even installed my bedroom recently and literally made my bed. Such nice hosts!”

The extra “bed” is necessary to accommodate an unusually large number of people aboard the ISS: 11 in total, as the Crew-2 team overlaps for a few days with Crew-1 astronauts, in addition to three Russian cosmonauts.

Pesquet will be accompanied by Americans Shane Kimbrough and Megan McArthur and Japan’s Akihiko Hoshide.

Crew-1 is set to splash down off the Florida cost on April 28.

It is the third time SpaceX will send humans to the ISS as part of its multibillion dollar contract with NASA under the Commercial Crew Program.

The first mission, a test flight called Demo-2, took place last year and ended nine years of American reliance on Russian rockets for rides to the ISS following the end of the Space Shuttle program.

“In terms of getting the operations ready, it’s always easier the third time you do it,” Daniel Forrestel, a NASA launch integration manager, told AFP.

“I would never ever want to describe spaceflight as ‘routine,’ but ‘more familiar’ is a good way to put it,” he added.

The Crew-2 mission will reuse the capsule from Demo-2 and the Falcon 9 booster previously deployed for the uncrewed Demo-1 mission, a key cost-saving goal of NASA’s partnerships with private industry.

Ahead of the launch, European Space Agency (ESA) astronaut Andreas Mogensen of Denmark told AFP the mission was also a major step forward for Europe, which has dubbed it “Alpha” after its own naming convention.

“On the one hand, it means a lot of course to have an astronaut going to the International Space Station — but at the same time it’s also the next mission in a long line of missions.”

Germany’s Matthias Maurer will be the next European on a SpaceX mission this fall, followed by Italy’s Samantha Cristoforetti next spring.

ESA will also be a key partner to the United States in the Artemis program to return to the Moon, providing the power and propulsion component for the Orion spacecraft, and critical elements of a planned lunar orbital station called Gateway.

Mogensen predicted that in the hours leading up to the launch, Pesquet, who is a close friend of his, would be feeling a “sense of relief” to finally start the mission after years of planning.

The Crew-2 team has around 100 experiments in the diary during their six-month mission.

These include research into what are known as “tissue chips” — small models of human organs that are made up of different types of cells and used to study things like aging in the immune system, kidney function and muscle loss.

Another important element of the mission is upgrading the station’s solar power system by installing new compact panels that roll open like a huge yoga mat.

After launch, the Falcon 9 rocket will return to Earth for an upright vertical landing on a drone ship, and the Crew Dragon capsule is scheduled to dock with the ISS at 5:10 am (0910 GMT) Saturday, with hatch opening two hours later.

Pesquet and Hoshide have said they plan to liven things up by sharing their national cuisine with crewmates.

The Frenchman’s last meal prior to launch: roast chicken and mashed potatoes, a cheese and baguette platter, and ice cream for dessert.